The Story of Eggnog the Old

Eggnog the Old was very old.  He was Keeper of the Royal Granary and Master of the Feastings, a very important post but he had corns and in wet weather his feet hurt.

"There should be an easier way to do this," he sighed as he carried a sack of buns and six suet puddings up the sixty-seven stone steps to the Great Hall.

"So there shall be, " replied Noggin the Nog who happened to be passing and forthwith he called his Court Inventor Olaf the Lofty, a man of great learning and cunning in contrivances.  He bade him construct a new Hall of Feasting so full of ingenious mechanical devices to fetch and carry, to roast, boil, brew, pump and otherwise prepare and convey, that, under the watchful eye of the aged Eggnog, now happily in a recumbent posture, a mere handful of serving-men and maidens, working hard, could keep a full Nogfeast supplies with good things to eat and drink through the long night. 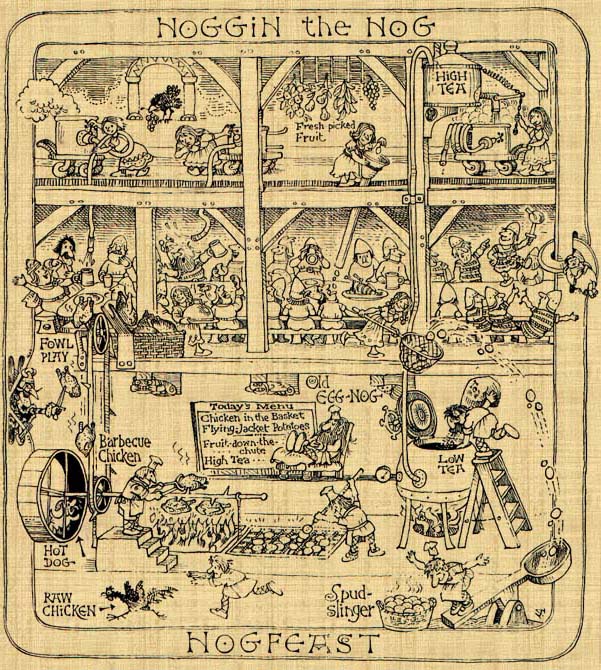