There have been a large number of Noggin the Nog books printed and reprinted over the last 40 years, and after a prolonged absence, the original 12 stories are now available as a boxed set.  Details of the individual story books are provided in "The Tales".  As well as the original 12 tales that formed the saga of Noggin, there was a series of "Starting to Read" books featuring new adventures of Noggin and his people aimed at the younger reader which you can also find details of in "The Tales".  Additionally, to celebrate the popularity of Noggin's adventures, a 48-page book titled "Nogmania" was published in the late '70s and again in 2000 (in very limited numbers) in celebration of all things Nog.

As well as appearing in his own adventures, Noggin's exploits were also chronicled in a number of children's annuals, most notably "Pippin" annuals.   Old Noggin books are still out there, and if you search hard enough they can be found hiding in second hand bookshops and at book fairs.  However, as these books are now getting on a bit, prices can be as high as �30 for a first edition in top condition.

There is some more good news for fans though - details of Oliver Postgate's autobiographical "Seeing Things" can be found in the "Biographies" section.

The Sagas of Noggin the Nog

2001 saw the reprinting of all 12 of the original stories as part of a beautifully presented boxed set, published by  The Dragons' Friendly Society, and available directly from then or from amazon.co.uk. 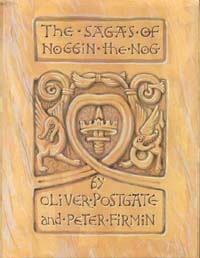 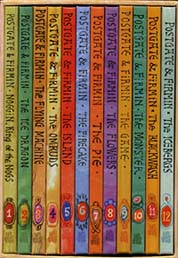 The Saga of Noggin the Nog

Published by Harper Collins in hardback in 1992 and paperback in 1994, "The Saga of Noggin the Nog" contained the first 4 tales in the Saga, namely: "King of the Nogs", "The Ice Dragon", "The Flying Machine" and "The Omruds", full details of which can be found in "The Tales" or by clicking on the titles. 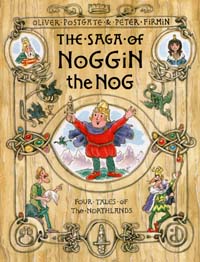 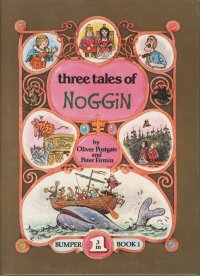 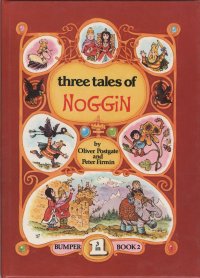 Published in 1977, and again in 2000 in limited numbers, this 48-page black and white book is a celebration of all things Nog. Each double-page contains a short story on one page accompanied by a beautiful illustration on the other.  Those of you who enjoy Peter Firmin's artwork will find this book irresistible.  You can enjoy a sample spread from the book in the short story of Eggnog the Old. 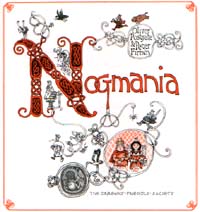